Keep up with the Parrish Family Vineyard Team!

Take A Minute Videos
Short videos about various aspects of the vineyard and winery.

Food & Wine
Learn more about our food and wine program.

Hi everyone! Cecily Parrish Ray here. I wanted to share with you all my passion for our Cabernet Sourdough bread and the journey I’ve been on to make it for our tasting room. In 2017, my dad and I discussed what our hopes were for the new tasting room at our Adelaida Vineyard and one of those was baking our own bread.

Unsure how to go about this, one morning I stumbled upon an old Julia Child video featuring Nancy Silverton, who started La Brea Bakery. Silverton was crafting a sourdough starter from store bought table grapes. It dawned on me in that moment that we had a whole vineyard and I could use grapes at harvest to make a starter. But, there was one fact that still remained…I didn’t know anything about baking breads.

That changed with a serendipitous visit from Chef William Carter and his wife Katherine of Canyon Villa Bed & Breakfast to our downtown tasting room. He was the Executive Chef of the Playboy Mansion for 30 years and during that time he had begun baking artisan breads. I told him about the Cabernet Sauvignon starter I wanted to do and I asked if he could help me.

For six days in January 2018, Chef Wills worked with me in his kitchen where it smelled of delicious baked bread and my hands were covered in flour. He showed me the ropes of managing a sourdough starter from feeding to baking. He had taken some of our 2017 Cabernet grapes at harvest and began a starter from it. He gifted me with the starter for me to use at our new tasting room. He also taught me other artisan breads. including the focaccia we now make in the tasting room. It was a wonderful experience that I cherish. 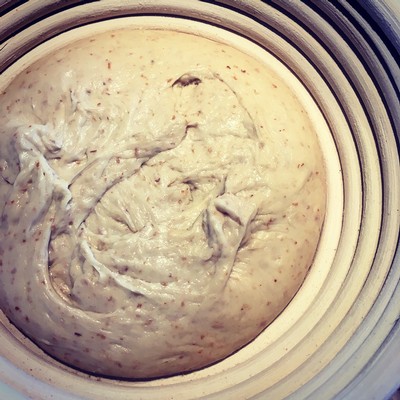 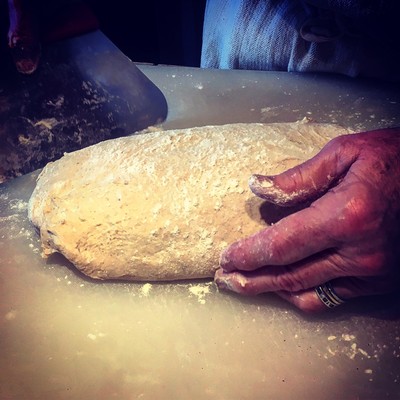 I have continued to keep alive the original Cab starter, but in the Fall of 2019, I decided to try my hand at making my own Cab starter. Early on September 22nd, I rushed into the winery with a bucket and grabbed freshly picked grapes from the bins. It was busy season to start working on a side project, but I really wanted to see if I could do my own starter. I then began mixing flour and water with a cheese cloth full of Cabernet Grapes. It bubbled and popped. It smelled like sweet yeast. It took about 12 days for the starter to get to a point where I could begin to use it. I fed it for a while and then did my first bake with it to share with family on Thanksgiving. The bread turned out perfectly. 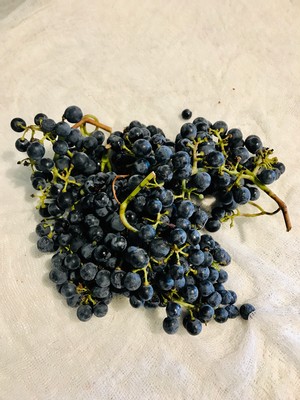 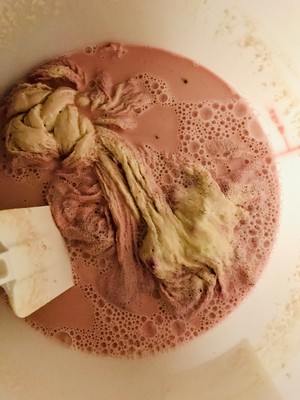 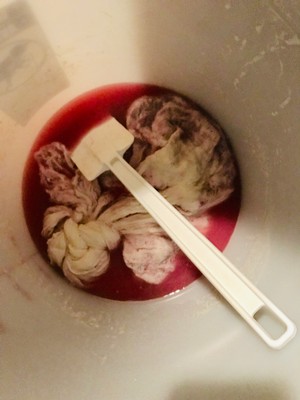 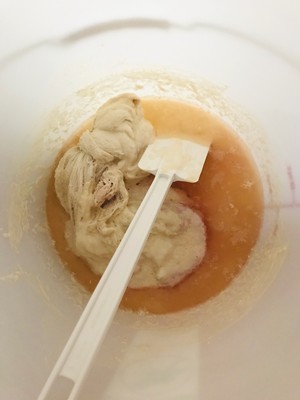 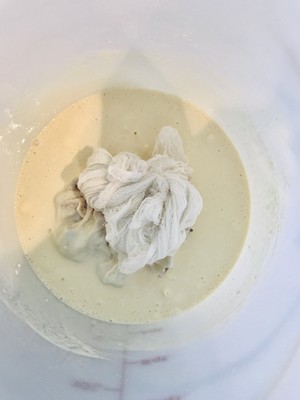 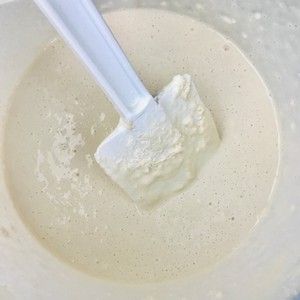 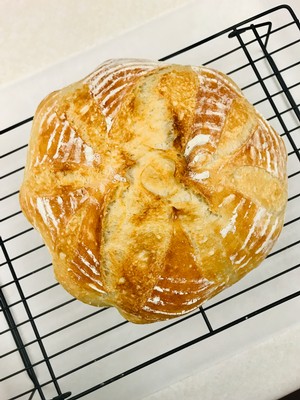 I now have two starters that I am keeping alive and we’ll see if I have time do any others. Regardless if I increase my starter family, I am happy that I can continue to bake Cabernet Sourdough for my family as well as the families that come in to our tasting room. It has been a lot of work, but it fits with the food program my dad and I envisioned for our tasting room and we hope you enjoy it! 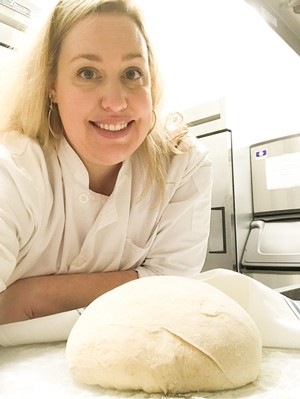 Further explanation: Bare lines of vines, a coo of a pigeon in the distance, and the crackling of footsteps as a vineyard manager passes through the rows in the morning light. He has done this many mornings, but his steps stop as he notices something different. There it is…light green, soft, even a little fuzzy…it is a bud.

Each year we eagerly wait for bud break to occur. This is when the vines push open leaves much like other plants during the spring. Dormant vines awake when daylight and temperatures increase, which encourages the vines to pull up stored water and macro-nutrients (nitrogen, phosphorus, potassium) from the roots to the limbs. This up-flow of water and nutrients push open the buds. You would think that after leaves push open that it would mean photosynthesis would occur immediately, but it does not. It takes the vine a little bit of time, leaves the size of about silver dollars, before that process begins.

One of the most important parts of bud break is that it is a measurable starting point for the vineyard. We can actually start the clock for when pivotal moments will occur. For instance, we now know we are about 150 to 200 days away from harvest depending on the grape variety. It seems like this then would mean that bud break itself is actually a markable date, but it’s not that simple. This is still farming, which means everything is variable. When bud break occurs depends on a few things. Each terroir is different. And you can probably guess, each variety of is different.

A cooler terroir means that bud break will be later, while a warm terroir like in Paso Robles, CA will have an earlier bud break. In Paso Robles, we have seen buds as early as February. Although for us this year (2018) we are running a little slower as we have had a cooler spring. Each year is different! Another factor is micro-terroir. The difference between locations of vines in a single vineyard will even come into play. A hillside vine will have bud break because of its elevation, but a lower valley vine will still be dormant. Lastly, varieties will have bud break at different times. In our Adelaida Vineyard, our  Malbec and Cabernet Franc had bud break first, but the Cabernet Sauvignon hit the snooze button. As you can see, there are many variables that go into this and this is just one part of the vine cycle!

While there are variances in the cycle, one consistent thing is temperature. Vines are very dependent and particular about temperature. Vines prefer gradual temperature increases for bud break, but they don’t always get that. Sometimes they get awoken from slumber with a warming trend and then hit with a freeze. That is why vineyards have tall fans to help with frost protection. A freeze will damage the cellular tissue in the leaves and the leaves will then turn black. It’s awful. This then kills the growth for your year and can sometimes decimate a vineyard. Bud break is basically the infancy stage of the vine. You want to protect it because the leaves are soft and fragile at this stage, much like you would with a newborn (and well, we all know parenting doesn’t stop there). So, that is the one thing all farmers can count on is frost season and the need to be vigilant.

After bud break, we now watch as the leaves begin to grow (obviously). Photosynthesis will begin at a certain point and once that happens the shoots of the vines will really take off as the vines will receive something that they love, much like humans, carbs! Up next is flowering, so stay tuned.