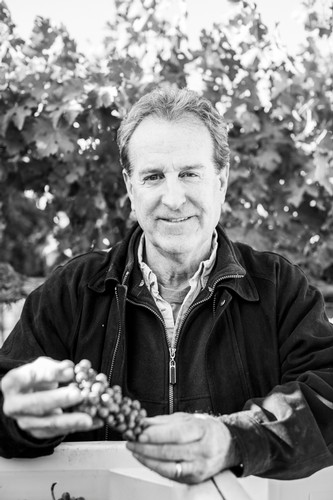 It could be said that winemaking was just in David Parrish’s roots. Learning from his grandfather about grape growing at a very young age, Parrish grew up alongside the vines that were going to become part of his own legacy.

Starting with a passion for understanding grape growing, Parrish graduated from UC Davis in 1974 and spent 20 years working on vineyard trellising with the Napa greats, Robert Mondavi and Bob Steinhauer of Beringer Winery. He has had several patents in three countries for trellis design of grapes and other fruit, and is considered an expert in the field.

In 1995, Parrish moved back to the Central Coast to grow Cabernet Sauvignon closer to where his grandfather had planted the original vineyard. Parrish purchased 40 acres in Creston and made his first vintage of estate Cabernet Sauvignon in 2004. He opened a tasting room in downtown Paso Robles in 2011 and planted 80 more acres in Templeton and 30 acres in Adelaida.

Parrish primarily focuses on Bordeaux varieties with a few notable exceptions of Zinfandel, Malbec and Chardonnay. His 2016 wines were rated 93 and 94 points for almost the entire lineup from Wine Enthusiast. The fruit was sourced from all three estate vineyards with the exception of the Chardonnay.

Today, the Adelaida vineyard surrounds the state-of-the-art winery and the estate tasting room that has been described as an experience destination in Paso Robles wine country. The tasting room has a “California Southern charm” that is designed to make guests immediately feel at home and welcomed with indoor and outdoor seating. The tasting room was designed after Parrish’s home on the original Creston vineyard.